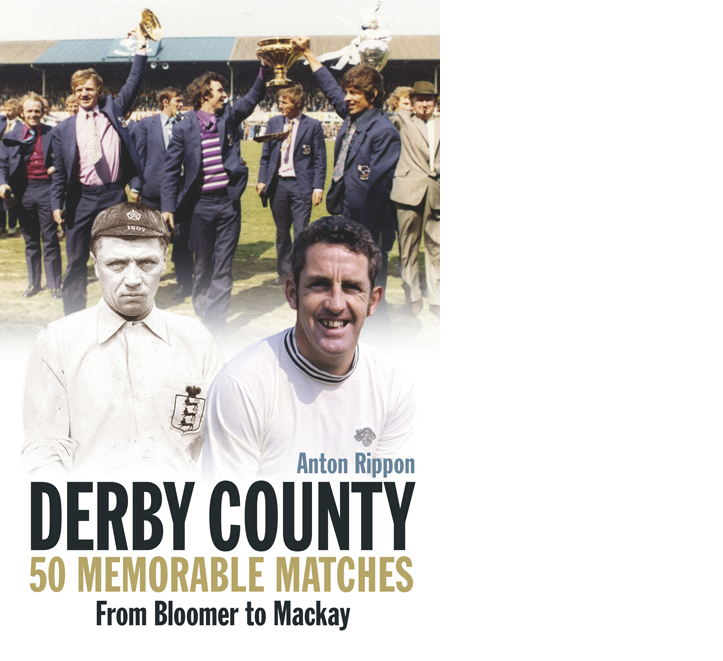 THERE have been many memorable matches in Derby County’s long history. Now Rams historian and Derby Telegraph columnist Anton Rippon has put together his choice of 50 games covering a period from the days of Steve Bloomer to those of Dave Mackay. From Bloomer’s return to a hero’s welcome, to Mackay’s team that won a second League title, the book provides a fascinating retrospective including: So near the first Wembley Cup Final, Wee Hughie’s five goals at Blackburn, FA Cup thriller at Roker Park, Cup winners over Charlton Athletic, Trautmann’s Baseball Ground nightmare, Ray Straw’s record-equalling season, Albert Mays and that infamous back-pass, When Bill Curry was too hot to handle, Brian Clough’s first game in charge, Chelsea beaten in the League Cup, Record crowd see Spurs demolished, Benfica blown away in 30 minutes, Charlie George sinks Real Madrid

THE prospect of a new manager usually improves attendances, for a few weeks at least. So it was no surprise that the Baseball Ground gate for the first match of the 1967-68 season was an improvement on the previous year.

Charlton Athletic were the visitors and a crowd of 19,412 was some 5,000 up on the opening-day figure 12 months earlier, when Blackburn had dented the Rams’ early hopes by winning 3-2 at Derby.

This time, the Rams neatly reversed that scoreline. And as the fans made their way home for tea on that balmy late summer’s day almost 50 years ago, they began to think that the new manager might just spring a few surprises.

There was also a new centre-forward who had caught their eye, despite looking short of match fitness. It might be an interesting season.

As it turned out, it was actually a worse season – at least in terms of League position – than the previous campaign. The Rams won the same number of points –36 – but finished one place lower, in 18th place.

For once, however, nobody really minded that a new manager had apparently achieved slightly less than his predecessor. An influx of exciting new players, a run to the semi-finals of the League Cup, and a general feeling that things were getting better, despite what the League table said, all added up.

The Charlton match was, of course, the Rams’ first under Brian Clough. And the young centre-forward was John O’Hare. It may have been an unremarkable start. But it signalled the beginning of the greatest era in Derby County’s history.

Clough, who had succeeded Tim Ward the previous May, had set Hartlepool United on the road to better things before coming to Derby with his assistant, Peter Taylor, already known in these parts for his time managing Burton Albion.

Both men must have been pleased with their first game in charge at the Baseball Ground. They were given the best possible start when Charlton centre-half, Ian King, himself later to manage Burton, put the Rams ahead with a spectacular seventh-minute own-goal after good work by Kevin Hector and Alan Durban.

Eight minutes later, Bob Curtis put Charlton level, but in the 23rd minute, Hector restored their lead from a Durban free-kick. And two minutes before half-time, O’Hare, a former Sunderland youth player under Clough, capped his Rams debut with a goal after Ron Webster set him up.

Hector was in superb form and twice in the later stages went close, as well as laying on a chance from which Durban might have given the scoreline a more emphatic look.

Instead, four minutes from the end, Alan Campbell closed the gap to one goal, but there was no shock equaliser and the Rams ended the day with the best possible start to their season.

In the Derby Evening Telegraph, George Edwards commented: “Nobody can fairly complain, although one would not have fancied the chances of the defence against a side with more power in front of goal.

“At times they were in utter confusion, with Saxton far from happy and both full-backs vulnerable on the outside, but, none the less there was much to encourage Rams fans … ”

Edwards continued: “What was most encouraging, perhaps, was that the Rams got to grips with the game after letting it slide very much Charlton’s way. At one point the hard-working Campbell was doing what he liked in midfield, but the Rams, by sheer endeavour, regained the initiative.

“Clearly they were very nervous at the start, particularly new centre-forward O’Hare, who also looked a little short of fitness and therefore mobility.

“In his case one must obviously reserve judgement and give him time to settle in and it is worth remembering that he rattled in the only chance that came his way without wasting much time.

“The hero of the day as far as the crowd was concerned was Hector, although Durban deserves all credit for forcing his way into the game after an uncertain start.

“The poise, calm and complete self-confidence that marks so much of Hector’s work was what delighted the fans and it was almost certainly his display as much as anything that sent them home happy.”

And happy they were. At the end of the season, few wanted to remind Brian Clough of his pre-season boast that, whatever else happened, the Rams would finish higher than the previous season. Most could see the bigger picture. 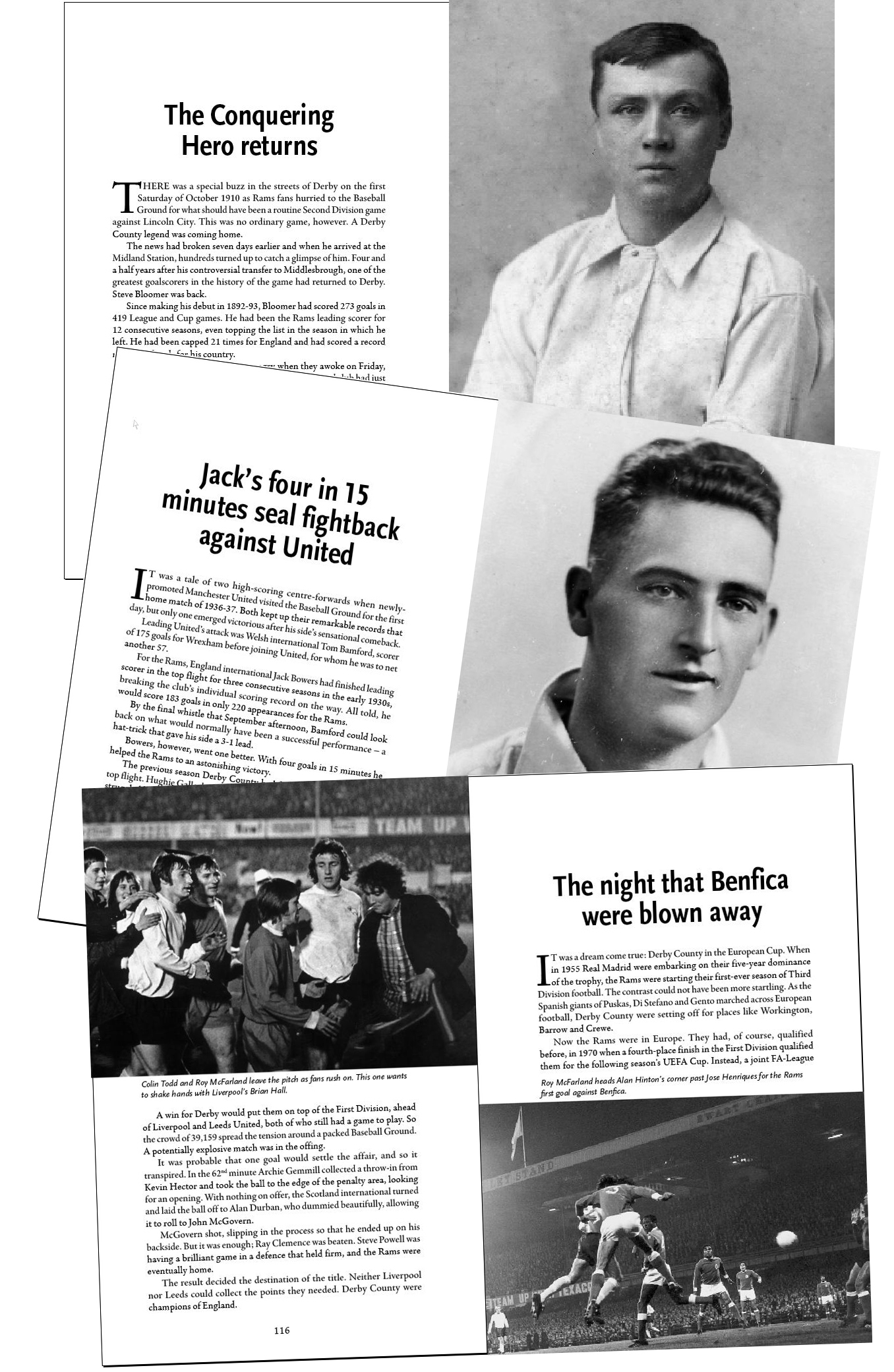