↓ Skip to Main Content
Home › Derby: The Seventies and Eighties

Derby: The Seventies and Eighties 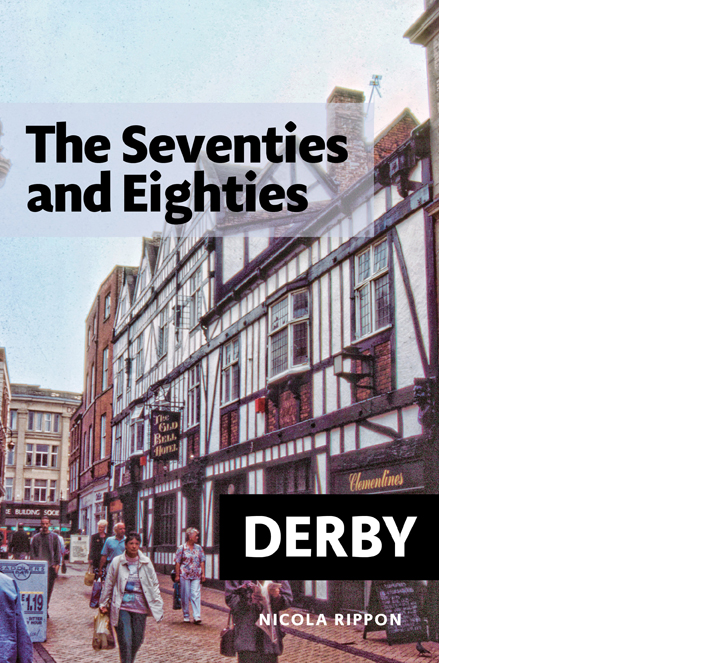 FOR the people of Derby the 1970s started with promises that their town would be transformed. By the end of the decade, much had still to be done to bring that to fruition. But the town was now a city, Derby County had twice become champions of England, and Derbeians had overcome one of the most devastating blows ever to strike an industrial centre. The 1980s ended with many of those early promises still to be realised, but, again, its citizens had weathered several storms – some quite literally. Through events great and small – many of them reported in the Derby Evening Telegraph – this fascinating book paints a picture of what it was like to live in Derby between 1970 and 1989.

Derby becomes a city
Rolls-Royce goes bust
The Rams are champions
The scorching summer of 1976
A strange Derby cult
A search for poisoned oranges
A storm of biblical proportion
Derby’s favourite toyshop closes
“Canopies of fear”
Topless barmaids … in Derby?
… and much, more about how we were in Derby in the Seventies and Eighties.

Introduction
“BREATHTAKING changes” for Derby”– that was what we were promised as the 1970s began. It didn’t quite turn out that way, although there were highlights: Derby becoming a city; the Rams becoming champions of England – twice; a new Assembly Rooms; and two of the hottest summers on record.
Alas, there were also some dark times: Rolls-Royce going bust; Brian Clough leaving in controversial fashion; industrial action and power cuts; and one of the worst winters on record. The 1970s was certainly a decade to test the resilience of Derbeians young and old.
The 1980s brought more industrial gloom, and more bad winters. But there were also highlights, as Derby celebrated not one Royal Wedding but two, and parts of the city centre did at last have that long-awaited facelift. The decade ended with the Derby Evening Telegraph wondering what the city would be like in the year 2000. What picture did they paint? The answer is in these pages.
Through momentous events, and through the minutiae of everyday life, this book reminds us of what it was like to live in Derby in the 1970s and the 1980s. 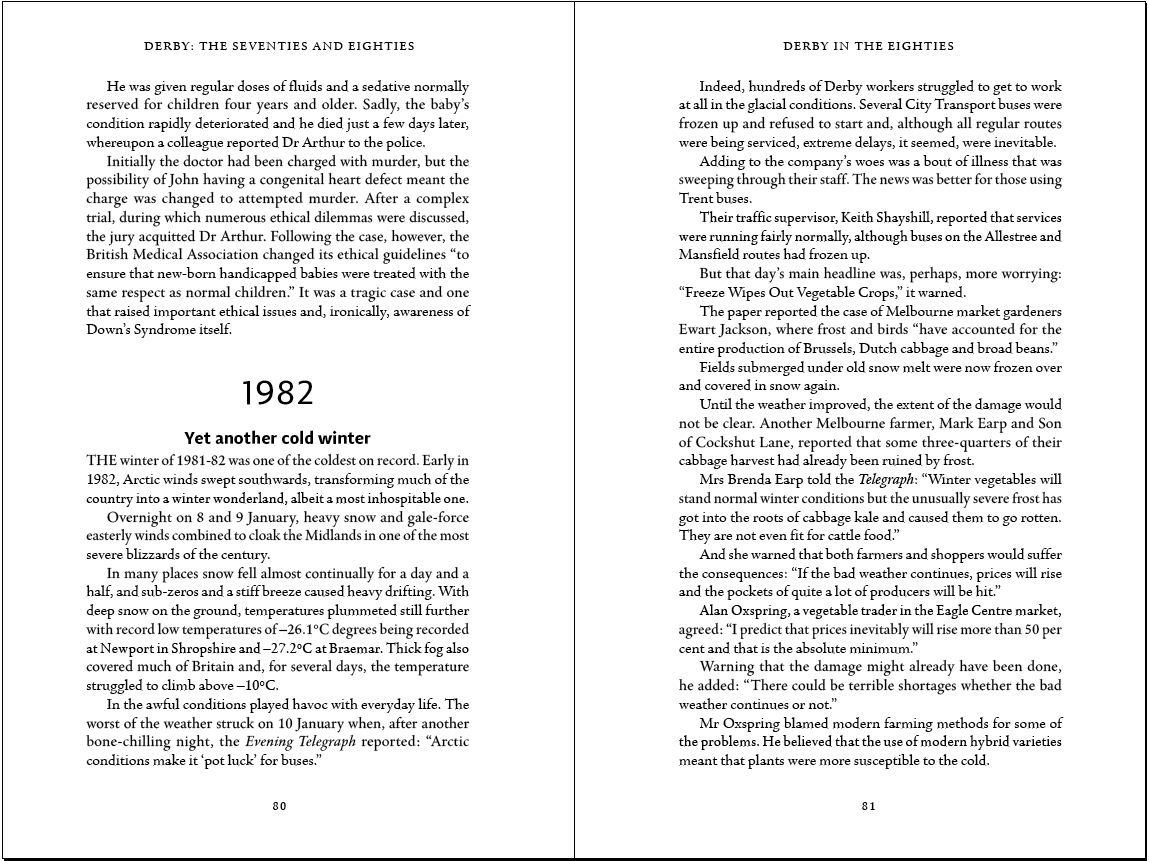 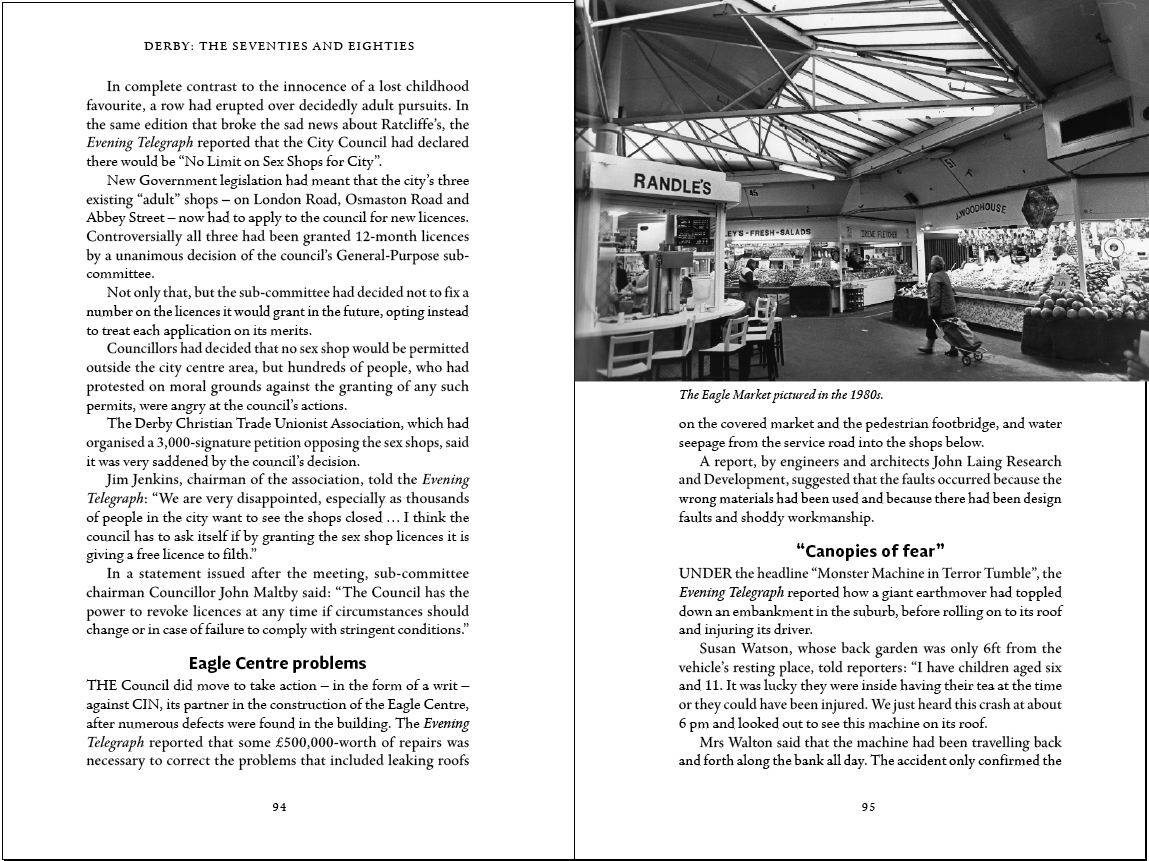 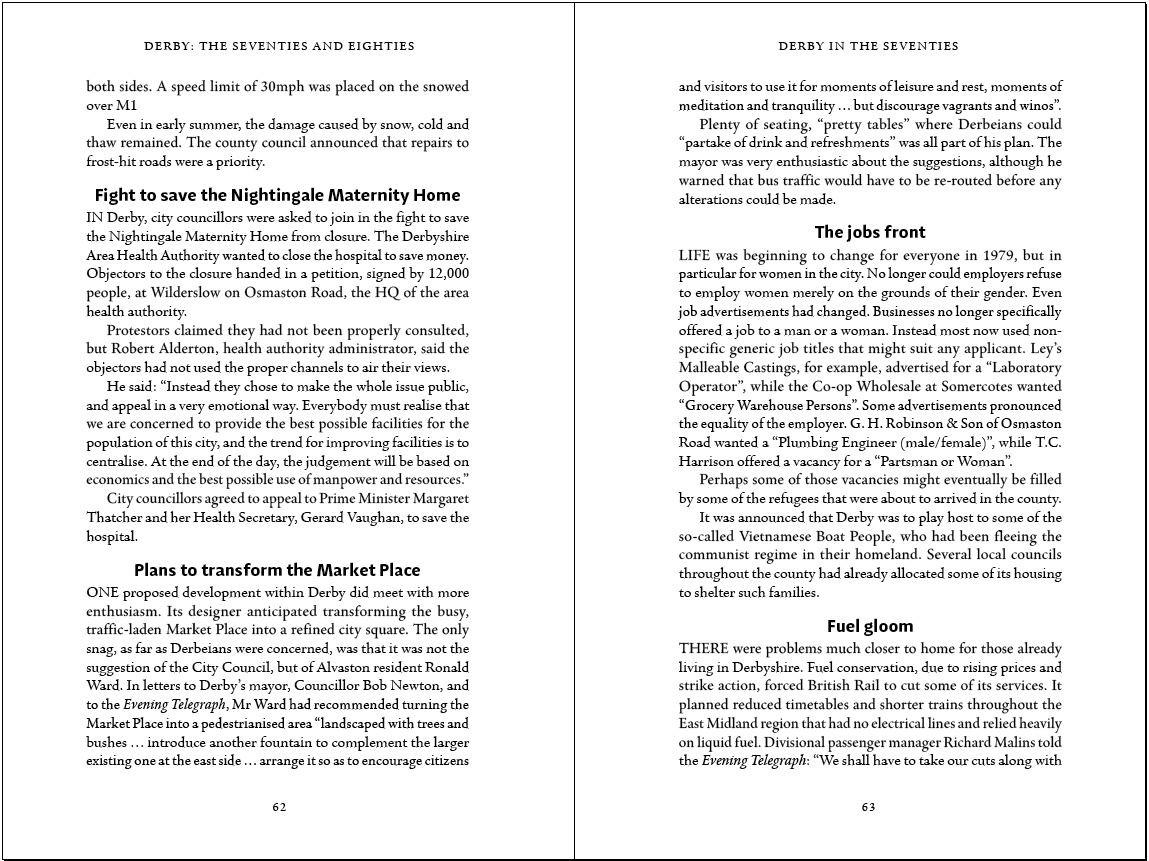 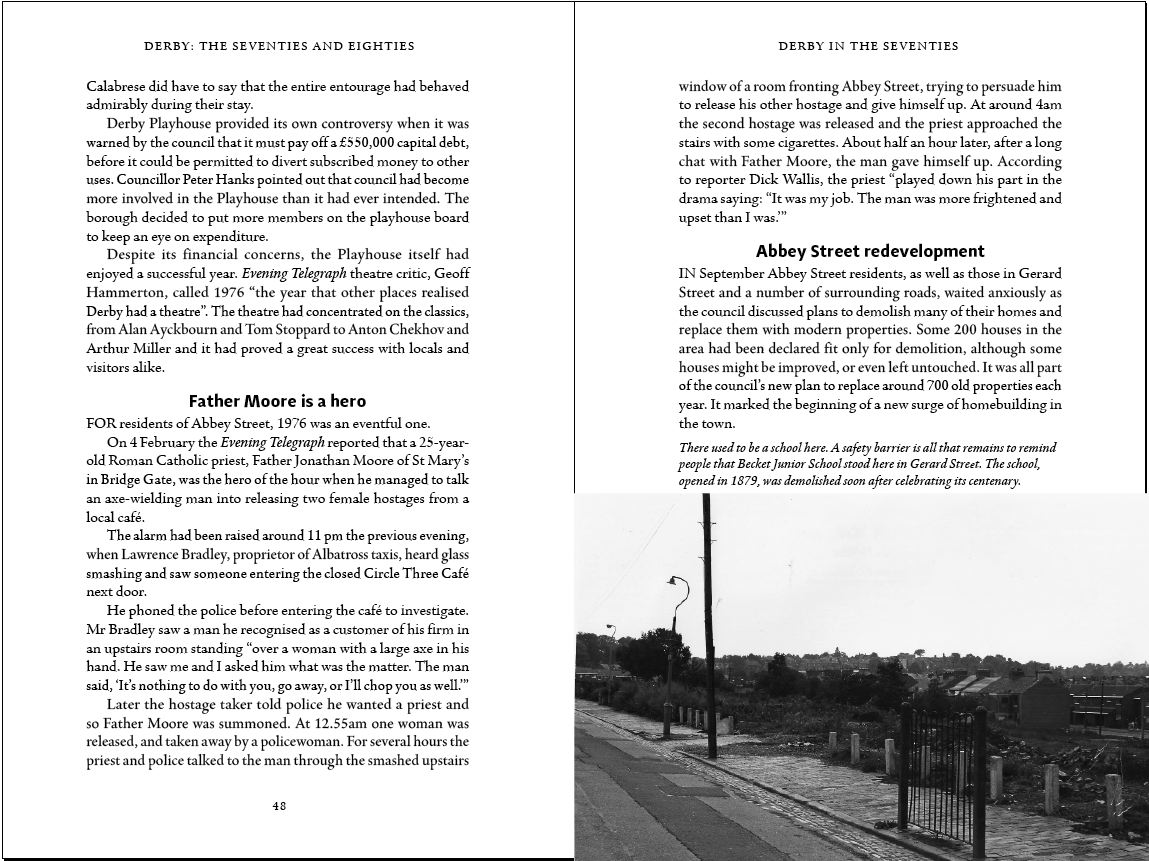 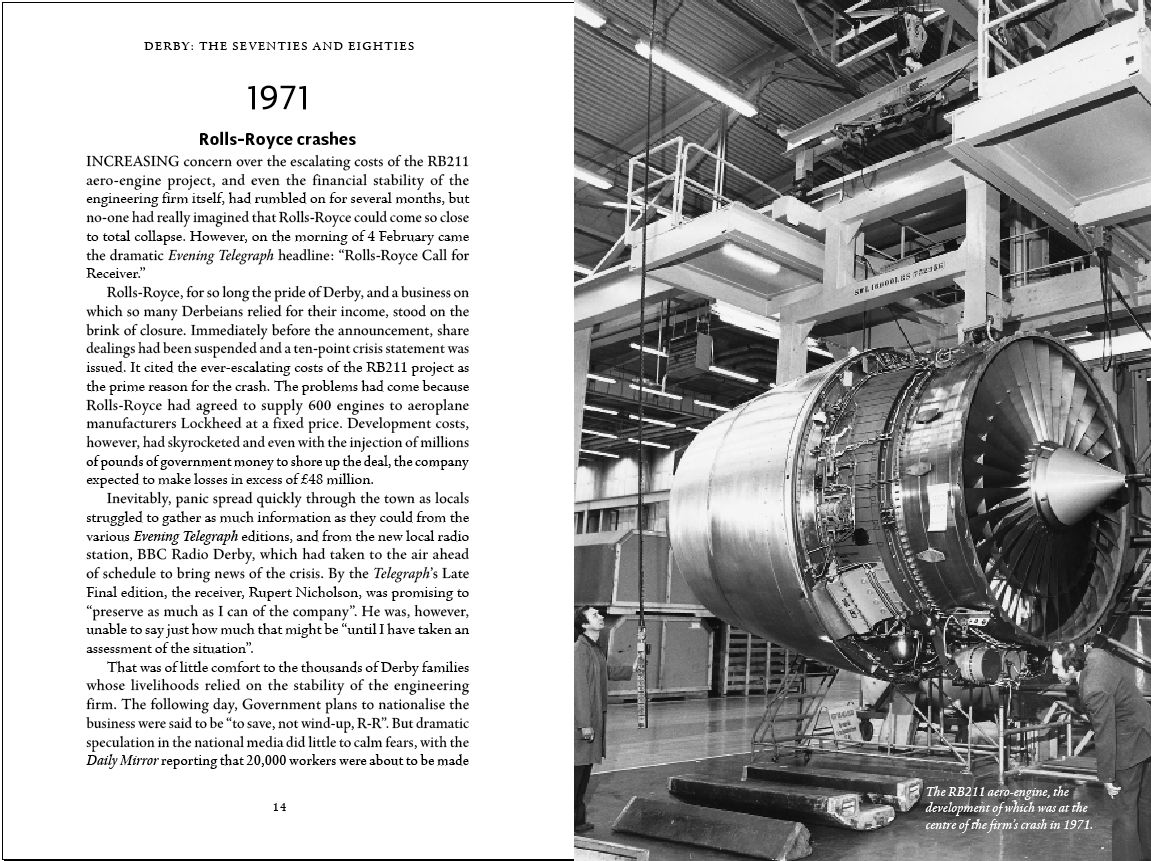